Three times this week I wake to my phone keening against my chest.
Yet again, bullets and bombs fly somewhere not my bed
and the impact echoes into dull vibrations.

I remember being younger and with a heart tuned
to every frequency of funeral dirge,
an emphatic empathy for anything breaking.

I read “anything”
as an untitled poem, as in I’m tired
of giving violence the glory of specificity.

It’s hard to separate the uniqueness of each toll
when they blur together like portrait frames
melting in the heat of explosion.

My friend with the apartment by the train tracks
is no longer woken by its rumble,
no matter the quake.

I visit and am blown back by the tremor. Yet
he responds with an apathy he can no longer shed,
a mosquito he’s given up swatting.

I want to say I’m not there (yet).
I care enough to mourn
the mourning.

A year ago, I would lie rigid in wake of devastation,
whispering not again, not again.
​ Conditioning does its work. Today? Just again.

I.
At the edge of campus, the college students
have erected a cigarette butt scale. There,
bitter and sweet hang in the air
like doves, or something holy.
Worshipped only on weekends.
There: is where they’ve learned
how to balance sugar spoonfuls on their lips
and shot glasses on their wanting tongues.
Where they fill potholes
with equal parts peach seltzer and rum
so it’s easier to swallow both.

And yet these mixed drink makers
leap over cracks in your pavement;
scoff at derelict homes; make light of alleyway drug deals;
can only take sips of your jungle when there’s
plenty of juice to chase it.

Their crude drawings of you parody struggle and strive,
don’t show the mushroom caps
growing between their toes,
something never intentionally planted
but still found thriving from decay.

II.
So teach us the art
of pressing rubble and blackberries
between our palms when we can find no acrylic
to match your bitter hue.

Show us how to break branches over the flame
and etch your name from charcoal.
Dig your ragged fingernails into the glass
of our decadent frames, scuff us up
like knees, like car bumpers, like favorite pairs of sneakers,
like anything that’s built to take a beating.
Keep stretching the canvas thinner
than gauze over your wounds,
keep healing.
Give us the strength to crush broken asphalt, dive bar mics,
busted meth labs, and autumnal trees in our tender fists
and mix it all with honeyed whiskey.
Grant us your image from these paints.

III.
I don’t want rough sketches on napkins.
I want an honest portrait of you,
a fingerpaint mural put up on a weathered brick wall.

I want weekday worship in a crumbling chapel,
sober jaws hanging open at your glory,
I want to watch mushrooms growing out of potholes.
I want you still tucking the canvas
taut underneath cracked pavements
and lifting up what’s rotting, waiting
​for whatever will grow from it. 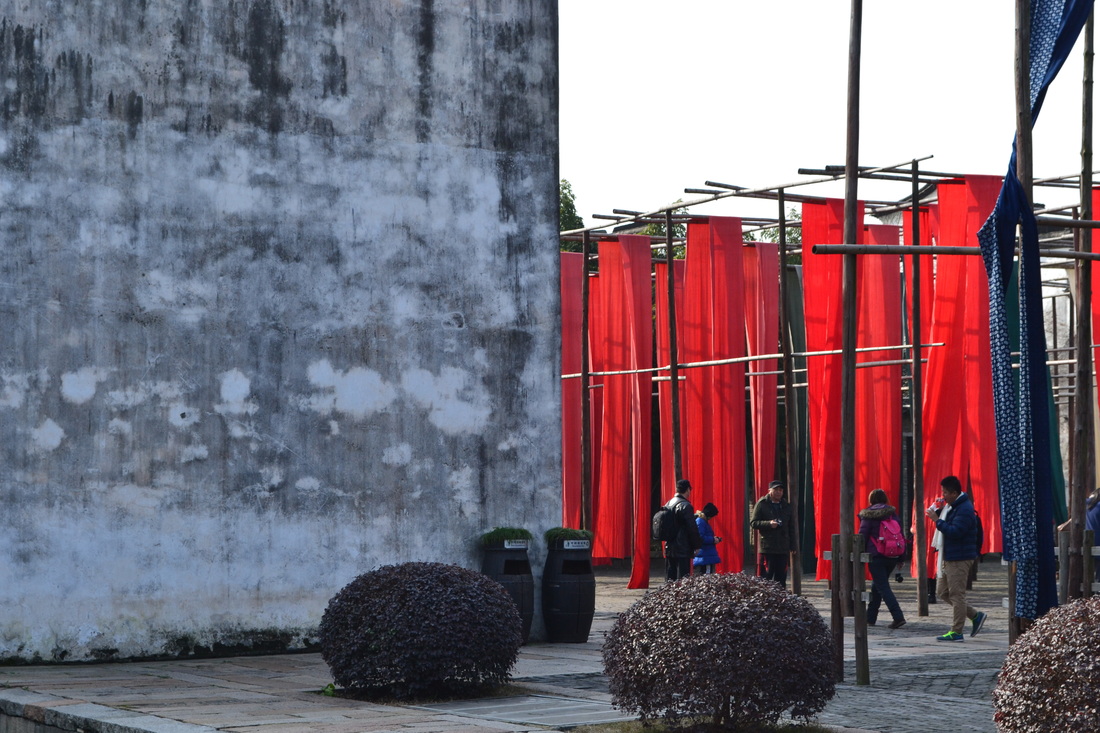 "Forgetting What I Remember Part I" by Hannah Schneider

​I want to ice skate across telephone lines
all the way home to
when I was eight and cold nosed
Just after October sundown,
breast-less and breathless
catching sparrows in my rib cage
bruises patched into soft hairy little girl legs
bruises like a girl scout vest
we don’t say sorry for taking up space on the bus
I was never a girl scout.
and I don’t remember what it feels like to run my fastest
and think no one can catch me

my blondness has waxed,
waned from high noon
to five pm flickering honey
still bright, but not
like it was.

​It bumps out of my lips at every hallway elbow that catches my side
at every step I place on a crack; sorry mother,
I don’t think there’s a lie I repeat more frequently.

I wedge sorry’s into sentences like the pieces of paper you fold 16 times to wedge under the kitchen chair that wobbles when anybody sits in it
let me take care of that ;my fault; my kitchen; I’ve got to fix it
but I don’t mean it
It’s just my job.

I grew up on the secret garden
I used to tuck trinkets under my bed like the main character
the girl and I were similar except our curled locks were
blonde and chestnut respectively.

who fell in the sand, and her mama floated away into sea foam
and she woke up from an afternoon nap that went too long


mary mary quite contrary, jumping rope, befriending crows
I watched secret garden again when i was 17 and it was boring
terrible, a plain film


the memory of it though, feels not like a movie
feels like a dream
mama floating into foam 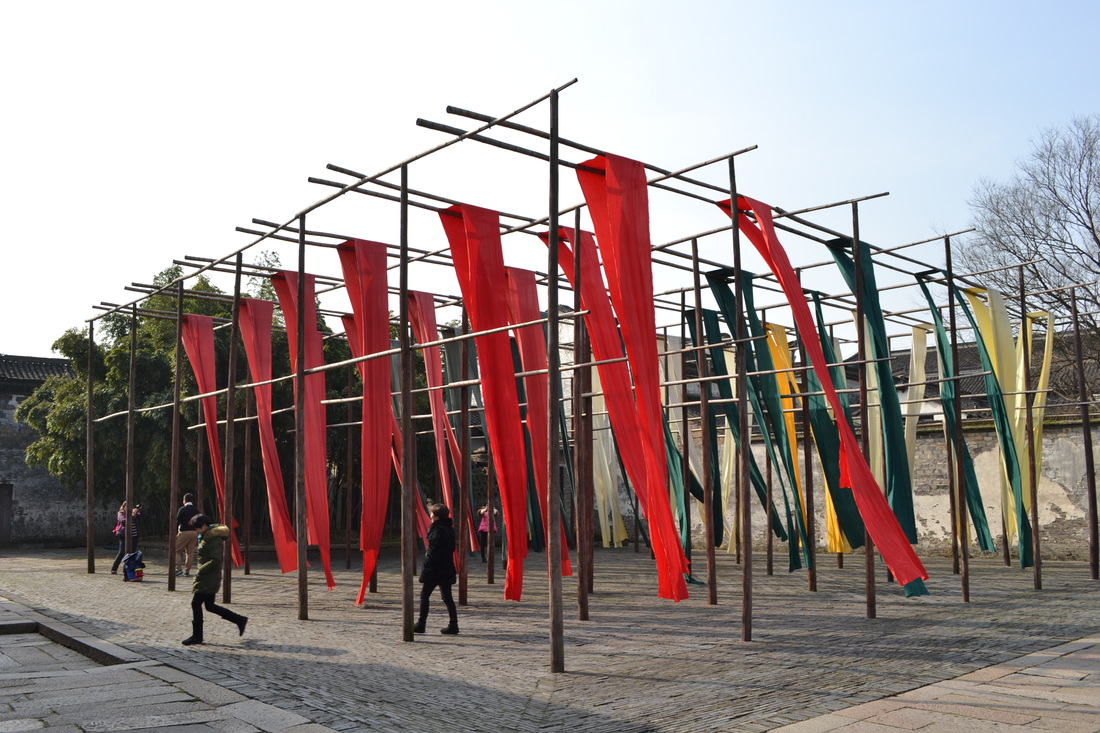 "Forgetting What I Remember Part II" by Hannah Schneider

Mortimer Benson was a respectable English gentleman. Therefore, it was quite necessary that his hobby be that of a respectable English gentleman. This was of no trouble to Mortimer, as he had a unique fondness for collecting rare artifacts and treasures from around the world, a respectable hobby if ever there were one. Indeed, this hobby had lead Mortimer to become a fairly seasoned traveler, bringing him to a rather large number of interesting and exotic places, all of which allowed him to become even more cultured and respectable.
Today Mortimer found himself in the ancient and decidedly Italian city of Rome. He was satisfactorily enjoying his stroll through the city when, upon happening to reach Capitoline Hill, he spotted a most peculiar church at its summit. This basilica was somewhat quaint, but ever so likable. Mortimer began venturing towards the congenial building when he noticed some peddlers with a trolley seemingly full of intriguing items. He halted his ascent and made for this trolley.
Two thoroughly tanned Italians greeted him from behind their wooden wagon. “Boun pomeriggio, Signore. My name is Ruggero.” A man who had not shaven for quite some time took Mortimer’s hand. His companion, a cleaner and shorter individual, introduced himself. “Ciao Signore. I am Arrigo.” Arrigo merely nodded.
“What can I interest you in today, my friend? We have many souvenirs and very exceptional items for sale,” sang Ruggero.
“I rather enjoy exceptional items, especially the rare and unique ones. Those that could be considered treasures, if you know what I mean,” winked Mortimer.
“Ah, we have just the thing. Arrigo.”
Arrigo fumbled under the cart and speedily brought forth a glimmering crucifix, hammered from fine silver.
“Do you enjoy this?”
“It is quite good, but I’m thinking more on the level of an ancient artifact, perhaps.”
“Yes. Yes.” Ruggero whispered in Arrigo’s ear. Arrigo shot back a rapid hiss of wind.
“We know what you want. You would like some shards of the cross of Christ,” beamed Ruggero.
“Now that would be worth buying, yes indeed,” said Mortimer.
“We do not have this with us, as it is too valuable,” explained Ruggero.
“Very understandable,” conceded Mortimer.
“Meet us back here at two o’clock tonight. Bring 500 pounds. The cross is not cheap.”
“No, it is not cheap,” declared Arrigo.
“Right ho, chaps. I’ll be here then, and I’ll have your payment.”
“We will be waiting. Goodbye Signore!” sang Ruggero.
“Until then, my good fellows.”
Mortimer was off, back up the hill on his way to see the basilica, with a spring in his step and a warmth in his heart. Ruggero and Arrigo smiled at each other. This would most certainly be the easiest money of their lives.
Mortimer arrived at precisely two o’clock. Not a soul was in sight, save Ruggero and Arrigo.
“Good evening, gentlemen. I trust you have the pieces of the cross?”
“Yes, we certainly do.” Ruggero and Arrigo conversed briskly.
“But first, the money,” said Ruggero.
“Where is the cross at?” asked Mortimer.
“In this pouch,” growled Arrigo.
“Very good, very good,”
Mortimer reached in his pack and began searching for their compensation, Ruggero and Arrigo watching hungrily as he gathered it all together.
After shooting Ruggero and Arrigo, Mortimer began investigating the pouch. The shards of the cross where there, resting as quietly as the disciples after Jesus’ burial. Upon seeing them, though, Mortimer instantly knew that they were fake. “Blast. I’ve been scammed.” He put the fragments back inside the bag and turned with a heavy sigh. As he made his way back to his hotel, thinking about the hot bath he was going to take, Mortimer realized that he had learned a valuable lesson that day: You can’t always trust others to be of the same character as yourself.